The Ravens don’t have a very long history. They came to be in 1996 after moving from Cleveland–but all of their records pre-1996 belong to the Cleveland Browns franchise that was brought back as an expansion team in 1999. That being said, they’ve had some really good running backs in their brief history. 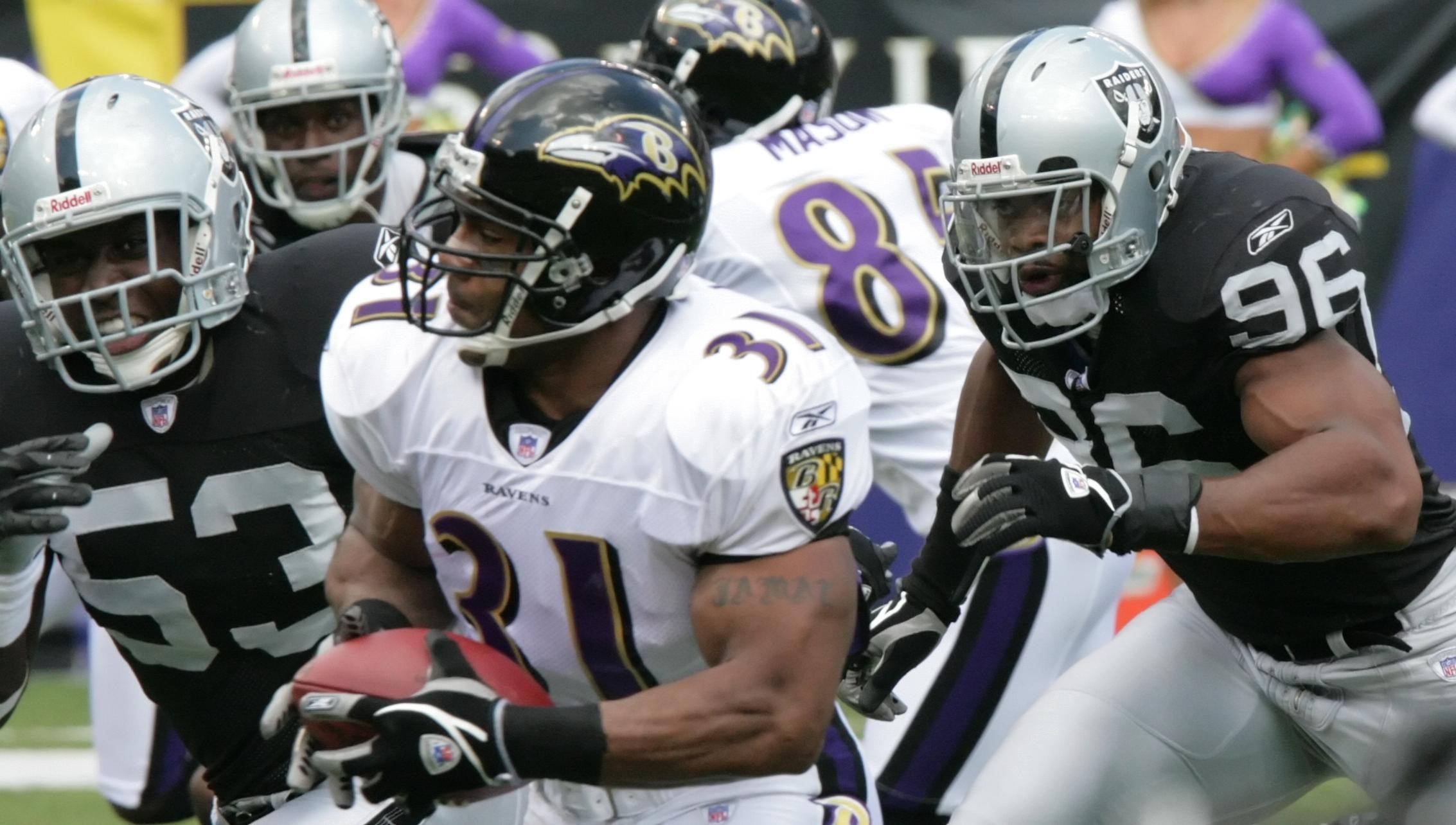 Lewis had some really great seasons with the Ravens, including five where he surpassed 1,000 yards. 2003 was the best season of his career, when he shredded the league for 2,066 yards and scored 14 TDs.