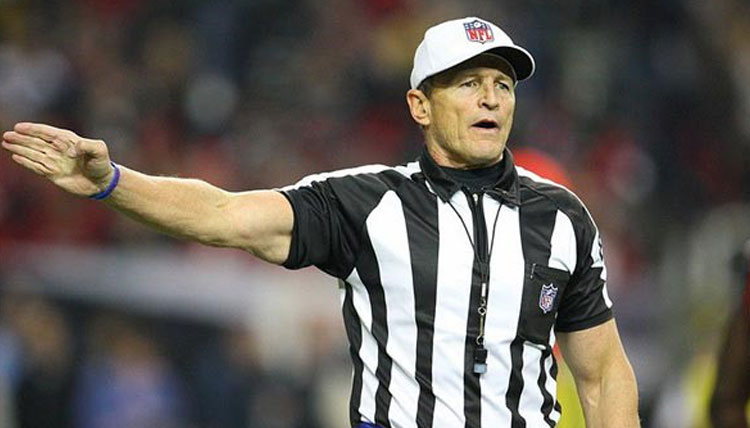 There are many types of fouls, and the consequential penalties that follow usually pertain to the loss or gain of yardage and downs. A penalty can result in the offense moving forward towards their goal line if caused by the defense, or the offense moving away from the goal line if caused by themselves. A double foul, when fouls are committed by both teams in the same play, can cancel each other out and the down is replayed. However, a major 15-yard penalty by one team cannot be cancelled out for a minor 5-yard penalty by the other team. Personal fouls, which involve danger to another player, usually result in a 15-yard penalty. In serious cases, the offending player may be ejected from the game. Two personal fouls can offset, or cancel each other out, but this is a rare occurrence.

Some common fouls are holding, offside, pass interference, and personal fouls. Holding is a foul that is caused by either the offense or defense and occurs when either side illegally grasps or pulls an opponent other than the ball carrier while attempting to ward off a block or cover a receiver. This is one of the most commonly called fouls. If holding is called against the offense in their end zone, a safety results. The penalty for the offense is 10 yards; for the defense the penalty is 5 yards and an automatic first down for the offense.

The offside foul is a defensive player on the wrong side of the line of scrimmage when the ball is snapped.  It occurs simultaneously with the snap. Defensive players do not have a set position before the snap as the offense does. If the defense jumps across the line of scrimmage but gets back before the snap, there is no foul. The play is not stopped for an offside foul, but is announced after the play. The team offended against may decline the penalty and take the yardage gained during the play. The penalty for an offside player is 5 yards.

Pass interference is when an offensive or defensive player makes intentional physical contact with an intended receiver after the ball has been thrown and before it has been caught, in order to prevent or hinder it from being caught. For the offense, the foul can be caused any time after the snap until the ball is touched in order to prevent the receivers from blocking defenders away from a passed ball. The penalty against the offense is 10 yards. The penalty against the defense gives the offense positioning at the spot the foul takes place and an automatic first down.  If the foul occurs in the end zone, the offense is positioned at the 1-yard line.

Lastly, personal fouls are conduct or safety-related fouls that include unnecessary roughness, such as hitting the ball carrier after he is already out of bounds, piling on a ball carrier who is already down, or violent contact with an opponent who is away from or out of the play. If the foul is serious or flagrant enough, an official can eject the player in question from the game. The penalty is 15 yards and an automatic first down if committed by the defense. The penalty is enforced in addition to any yards the offense has gained on the play.