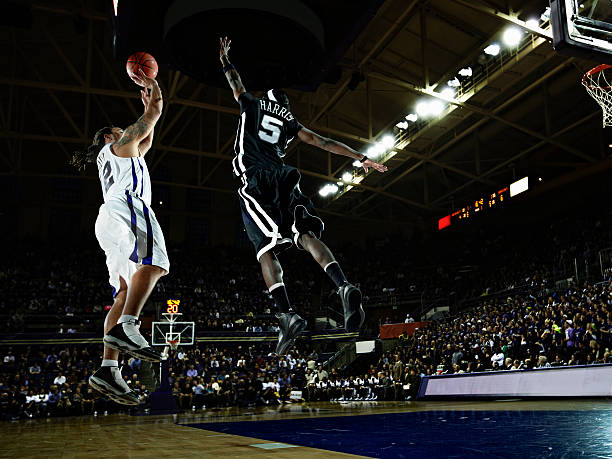 To the uninitiated, NBA basketball can be a bit foreign. Sure, it may seem simple—each team tries to put the ball in the basket—and at its heart, it is that. But it can also be much more complex. So, let’s dive into some of the basic rules of the game.

As I said above, the basic gist of the game is that each team tries to score by shooting the ball through the basket. The ball must be moved by either dribbling the ball or by passing the ball.

The basketball court is divided into two main sections by a midcourt line. On either side of midcourt is a 3-point arc, the lane/key/paint and the baseline. At the top of the lane is the free-throw line.

Each team may have five players on the court at a time. The typical starting lineup for each team consists of a point guard, a shooting guard, a small forward, a power forward and a center.

There are three different types of fouls that can be called in a basketball game: personal fouls, technical fouls and flagrant fouls. Each player can amass only six personal fouls before they foul out of the game and are prohibited from returning. Likewise, a player or coach can only be assessed two technical fouls before they are ejected from the game. A flagrant foul is a personal foul that is deemed to be too rough or to have the intent of causing injury.

The types of personal fouls that can be called are things such as hitting, pushing, reaching in, holding, illegal picks/screens, blocking and charging, amongst others.