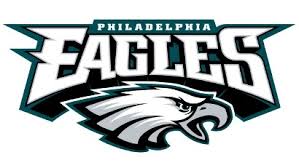 The Philadelphia Eagles have a long history.  The team was formed in 1933.  Their name was inspired by President Franklin Delano Roosevelt’s New Deal insignia for the National Recovery Administration, the Blue Eagle.  The Eagles were formerly the Frankford Yellow Jackets who went bankrupt and the NFL granted the new owners the franchise rights or assets and rights to the Philadelphia area.  The Eagles became a part of the NFL as an expansion team, but almost none of the former Yellow Jackets played for the newly formed team.  Some notable facts about the team are that in 1936, the co-owner, Bert Bell, was tired of losing.  He thought of a way to evenly distribute talented players throughout the league by creating a draft.  The worst team in the league would have the first draft pick or could trade its position in the draft for another position, for an existing player or players, or any combination thereof.  This idea revolutionized professional sports.  Until the draft, only successful teams or teams with money had the ability or the appeal to entice talented players.  The draft literally evened the playing field.

The Eagles have had varied success over the years.  They’ve made it to the Super Bowl only two times, and even though it seems like they’ve had little success, their fans are the most loyal and fierce.  They rank among the top 3 in attendance, having sold out every game since 1999.  They are viewed as the most intimidating in the NFL and for good reason.  In the second Bounty Bowl against the Eagles’ rival the Dallas Cowboys, the fans threw snowballs, ice, and even beer cans at the Cowboys, but even Eagles were hit.  For the remainder of that season, beer was no longer sold at games.  One of the announcers of the game joked that having a painful dental procedure done was more enticing than announcing for the Eagles because of fan behavior.