Super Bowl LII was an extremely exciting game. The Philadelphia Eagles beat the New England Patriots 41-33, the first Super Bowl title in the Eagles franchise history. The Eagles dominated the entire game because they were aggressive and determined to win. The Patriots stayed in the game, trailing not far behind and had the Eagles on their toes but were unable to come back. This is Philadelphia’s first NFL championship since 1960. The play of the century was by the MVP, Nick Foles. He is the first quarterback in Super Bowl history to catch a touchdown pass. The Philly Special, which is the name of the play, is one that will not be forgotten. Foles and the offense were amazing in addition to the spectacular job done by the Eagles defense who did not let many opportunities pass them by. The Eagles conquered their first down opportunities and did not let their chances to score go to waste. Zach Ertz’s touchdown caused some controversy because when he dove into the end zone and hit the ground, the ball popped out of his hands and though he caught it again, it was disputed. After a long review it was determined a touchdown and Eagles fans were ecstatic. If it had not been determined a touchdown, Eagles fans would possibly have stormed the field. After the game, faithful Eagles fans went crazy. They flooded the streets of Philadelphia and celebrated. Congratulations Philadelphia Eagles on your Super Bowl LII Win. 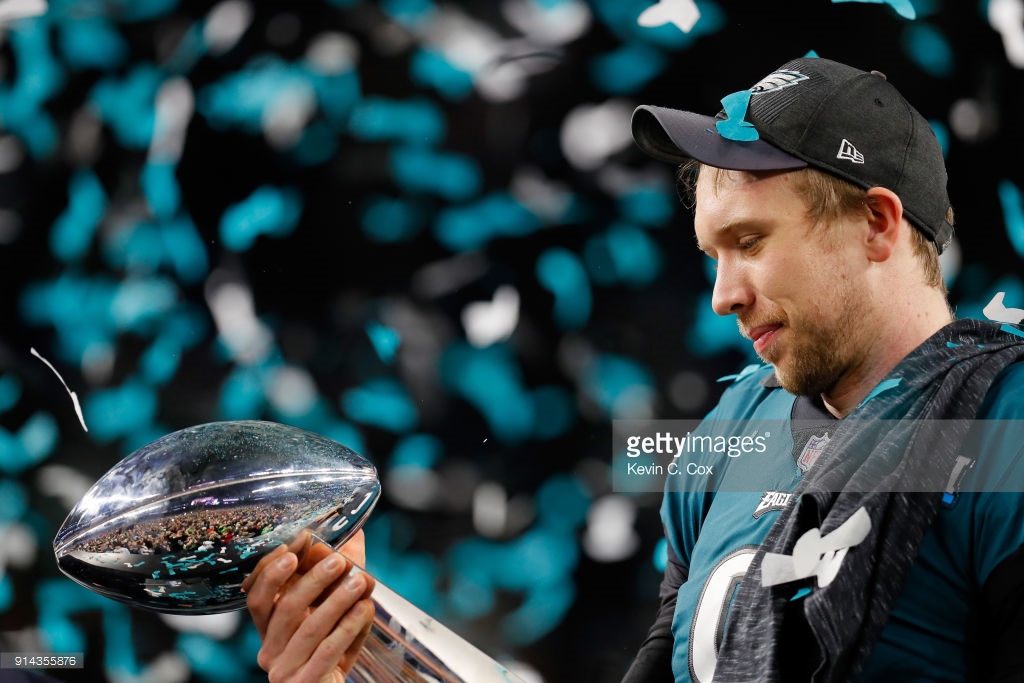