Adidas is a German multinational corporation founded in 1924. It was formerly Dassler Schuhfabrik from 1924 to 1949, when in 1949 it became Adidas. It is headquartered in Bavaria and is the world’s second largest supplier of sportswear, but the main supplier in Europe. It became Adidas because of a family feud between the two Dassler brothers, Adolf and Rudolf. Adolf took Adidas as his own in 1949. Rudolf had earlier established Puma, which is a major rival for Adidas. Adidas designs and manufactures shoes, clothing, accessories, and sports gear. In 2016, the company was said to be worth 19.29 billion Euros.

The first major sponsorship for Adolf Dassler was in 1936 when he drove to the Olympic village with a suitcase full of spikes. He showed them to U.S. sprinter Jesse Owens and persuaded him to use them. This is significant because Owens was the first African American sponsorship and he went on to win four gold medals. This established the brand among the world’s most famous sportsmen. Adidas has grown exponentially and supplies team kits for international soccer teams and clubs, sponsored the New York Yankees from 1997 to 2008, creates basketball shoes and sportswear, cricket footwear, and manufactures golf sportswear and equipment. Adidas has also made sportswear and gear for gymnastics, ice hockey, lacrosse, rugby, running, skateboarding, tennis, and kabaddi. Adidas has sponsored many famous athletes and teams worldwide. A few of the famous athletes it has sponsored are Lionel Messi, Zinedine Zidane, David Beckham, Tracey McGrady, Derrick Rose, and Kareem Abdul-Jabbar. Adidas has become a household name and continues to be one of the most popular sports brands in the world. 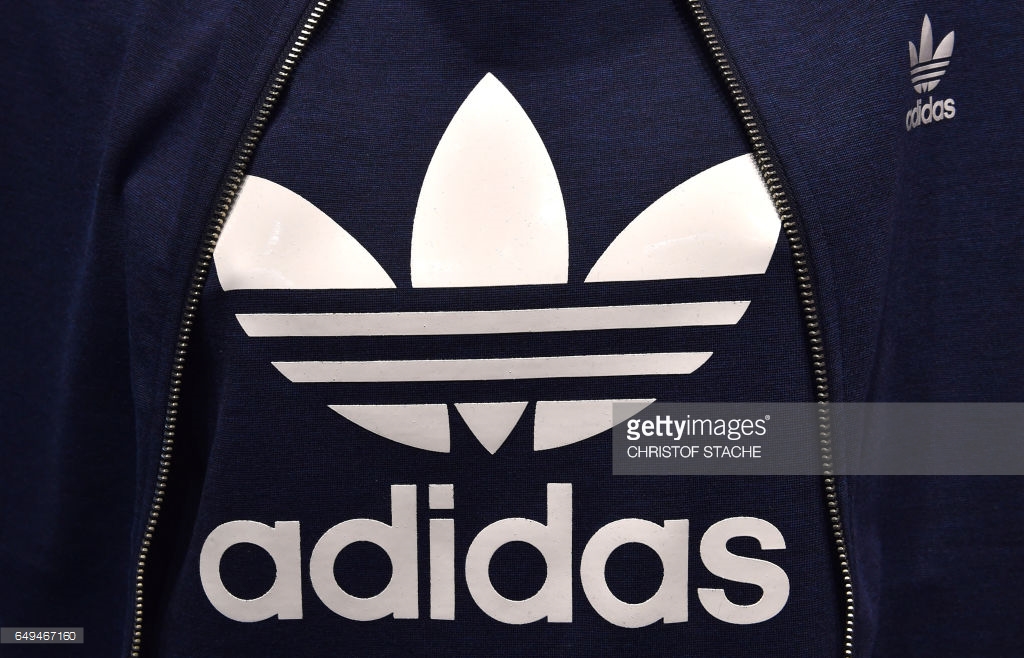