Mia Hamm is one of the best female soccer players in the world. Mariel Margaret Hamm-Garciaparra was born in 1972 in Selma, Alabama. She played as a forward and midfielder, though she could probably have played any position she desired. She attended the University of North Carolina from 1989-1994. She played for the Tar Heels and in her 95 appearances she scored 103 goals. She was a member of the United States National Team from 1987-2004. In the 275 games she played with the US National Team she scored 158 goals. From 2001-2003 she played professionally with the Washington Freedom in the Women’s United Soccer Association. She made 49 appearances and scored 25 goals for the Freedom.

Mia has many honors and accomplishments as a soccer player and leader. She is a four-time NCAA National Champion, two-time Olympic gold medalist, and a two-time FIFA World Cup Champion. In 2001 and 2002 she was named FIFA World Player of the Year, which was the first two years the award was given to a woman. She was inducted into the National Soccer Hall of Fame, the Alabama Sports Hall of Fame, and the Texas Sports Hall of Fame. Mia was also the first woman player to be inducted into the World Football Hall of Fame. She was a founding member of the Women’s United Soccer Association (WUSA), which was the first women’s professional soccer league in the United States. 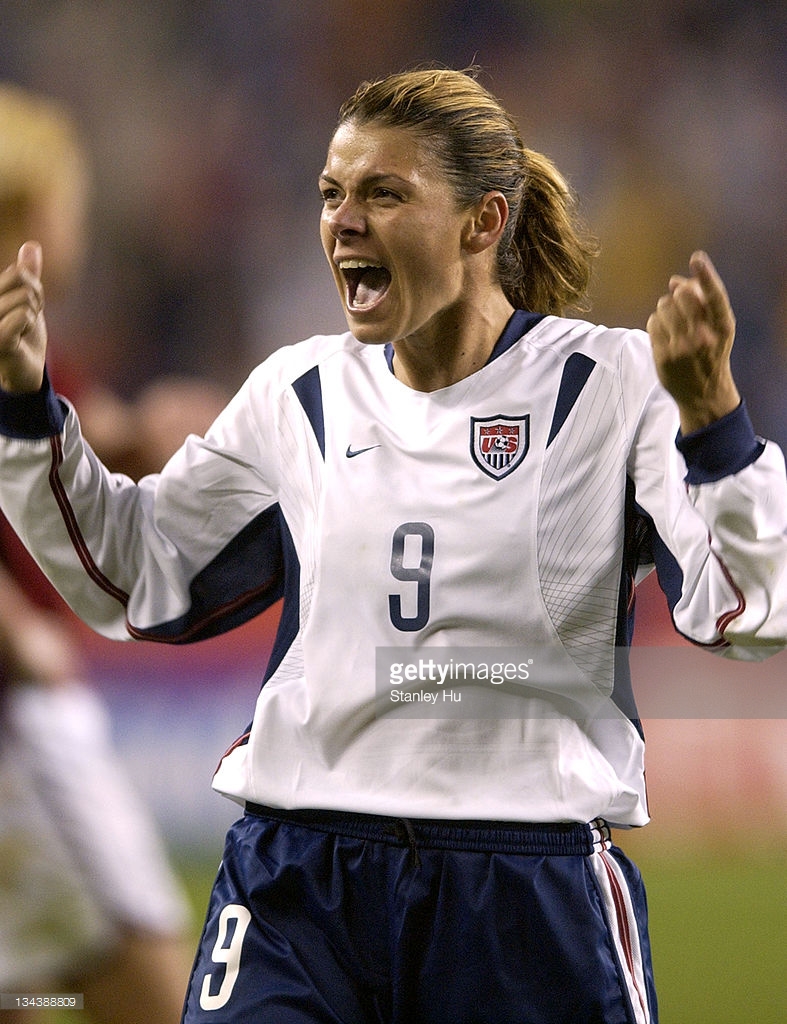