The safety is another way of scoring in the NFL, though it is the least common form. The safety is a play that results in two points for the scoring team. There are a number of ways that safeties can be scored. The defense scores when the offensive ball carrier is tackled in his own end zone, or the ball becomes dead in the end zone, with the exception of an incomplete forward pass, and the defense is responsible for it being there. Another way a safety is scored is when the offense commits a foul in their own end zone.

After a safety is scored, the team that was scored upon must kick the ball off from their own 20-yard line to the team that just scored the safety. The kick can be a place, drop, or punt kick and can be caught by any member of the receiving team or can be retrieved by the kicking team if it travels at least 10 yards and bounces or is touched by the receiving team.

This is quite different from a normal touchdown or field goal, because the outcome is reversed. When a touchdown or field goal is made, the scoring team must kick the ball to the team that was scored upon, changing possession. In the instance of a safety, the team that scores regains possession. Even though the safety is only worth two points, this type of play is dangerous because of the field position it puts the scoring team in after the safety points are scored. Safeties are not as rare as they may seem, occurring at least once a week. A one-point safety is considered rarer, and is scored by the offense during an extra point or one-point conversion attempt. A conversion safety by the defense has never occurred, but is the only way possible a team could finish with one point. A conversion safety could be scored by the defense if the kicking team would retreat all the way back to their own end zone and fumble the ball or be tackled in it, and again is the only way a team could finish with one point. 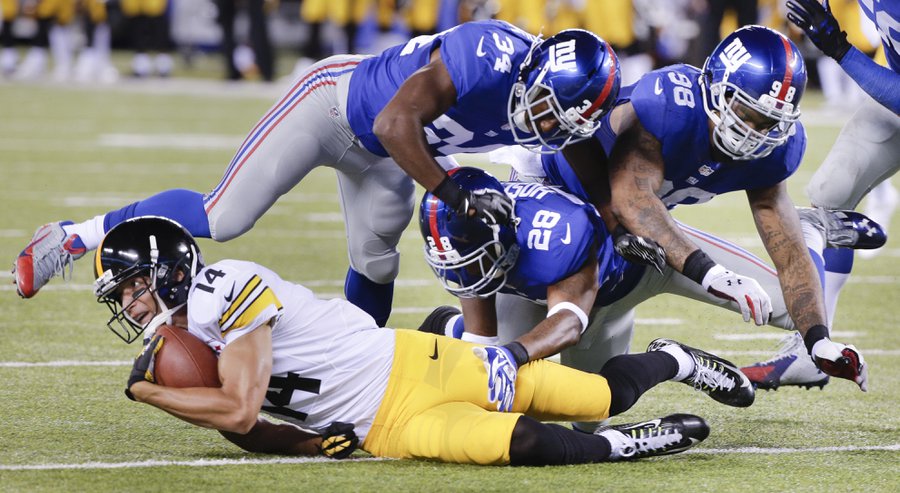