Trending
You are at:Home»Soccer»Rules»Throw In

When the ball goes out of bounds in a non-penalty situation, a player from the team that was not the last to touch the ball must throw the ball back into play. The player cannot throw the ball in any way she pleases. There are rules about “throw ins”. The player must keep both feet on the ground, hold the ball above her head and keep both hands on the ball as she attempts the throw. She may throw the ball as hard as she can, to make a long throw, or make a shorter throw to a teammate nearby. As always, it’s about getting the ball to the teammate in the best position to move towards the goal…and score! 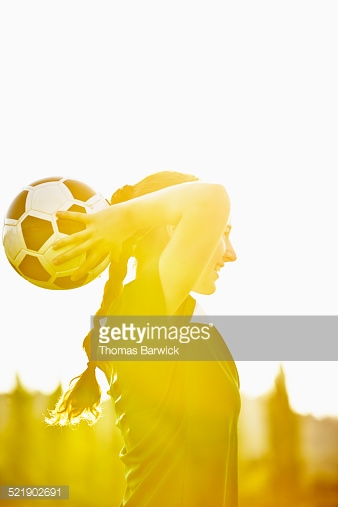