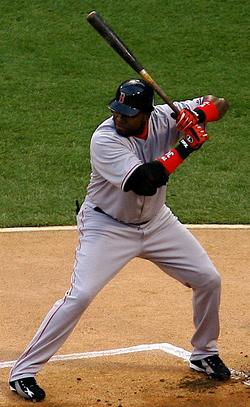 Watching a baseball game can be a relaxing, enjoyable experience. However, not everyone knows the basics of baseball. If you want to be able to follow the action on the field and truly understand the game, you’ll need to know its rules, especially the most basic ones. In subsequent posts, we’re going to look at many of the rules of the game. In this post, we’ll talk about the designated hitter.

What exactly is a designated hitter? It is exactly what it sounds like: a player whose only role in the game is to bat. They bat in place of the starting pitcher and every subsequent pitcher throughout the game.

In the event of the All-Star Game, the rule will only be used if both the AL and NL teams agree to do so.

The DH must be selected before the game, and has no bearing on who will be pitching in that game. Another player can take the place of the DH, but no double switches can be made involving the DH, meaning the DH’s place in the batting order cannot change during the game, even if a player is substituted into the DH position.