Watching a baseball game can be a relaxing, enjoyable experience. However, not everyone knows the basics of baseball. If you want to be able to follow the action on the field and truly understand the game, you’ll need to know its rules, especially the most basic ones. In subsequent posts, we’re going to look at many of the rules of the game. In this post, we’ll talk about all the ways a fan can interfere with play. 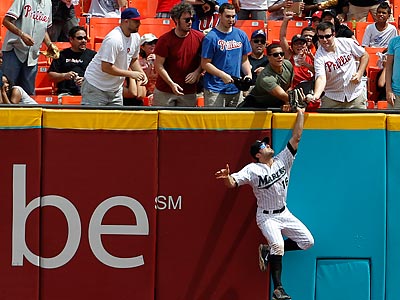 Fans love feeling like a part of the game. They also love leaving the game with a souvenir such as a foul ball. However, they can’t interfere with a live ball in order to grab a ball, even though it may appear to be a foul ball or a home run. Fans need to be aware of whether the ball is live or dead. If they happen to interfere with a thrown or batted ball, there will be consequences for the play.

According to MLB rules, if a spectator interferes with any thrown or batted ball, the ball will be dead at the moment of the interference, and the ump will impose penalties that nullify the act of interference in his opinion. This includes considering where the runners would have been if the fan had not interfered with the play.

Likewise, if fan interference clearly prevents a fielder from catching a fly ball, the ump will declare the batter out.