Watching a baseball game can be a relaxing, enjoyable experience. However, not everyone knows the basics of baseball. If you want to be able to follow the action on the field and truly understand the game, you’ll need to know its rules, especially the most basic ones. In subsequent posts, we’re going to look at many of the rules of the game. In this post, we’ll talk about all the ways a player can make an out in a game. 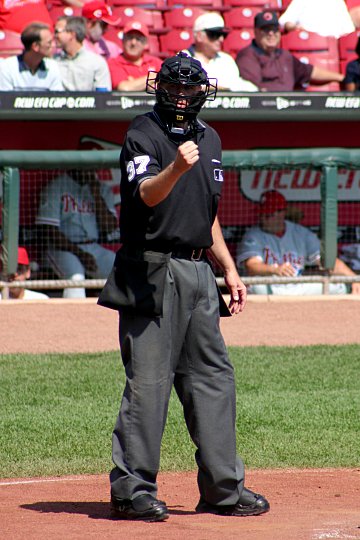 There are multiple ways a player can be called out throughout the course of a game. Here’s a description of them.

A batter is out when his fair or foul fly ball is legally caught by a fielder. A batter will also be called out when a third strike, either called or swung and missed, is caught by the catcher.

A batter can also be called out when a third strike isn’t caught by the catcher, first base is occupied before two are out, and the ball is thrown to first to record the out.

Other ways for batters to be called out: bunting foul on a third strike; an infield fly is called; he attempts to hit a third strike and the ball touches him; his fair ball touches him before touching a fielder; after hitting or bunting a fair ball, his bat hits the ball a second time in fair territory; intentionally deflecting the course of the ball to prevent it from going into foul territory; batters are called out if they run outside the first-base line to avoid being tagged; a member of his team hinders a fielder’s attempt to catch or field a ball.

Any runner is out when the following occurs: he runs more than three feet away from the base path to avoid being tagged; after touching first base, he leaves the base path; he intentionally interferes with a thrown ball; he is tagged out; he fails to retouch his base after a fair or foul ball is caught before he or his base is tagged by a fielder; he or the next base is tagged before he touches the next base; he is touched by a fair ball in fair territory before the ball is touched or passed an infielder; attempts to score on a play in which the batter interferes with the play at home before there are two outs; he passes a preceding runner before that runner is out.

As you can see, there are many ways in which a player may be called out during a game.