A corner kick is one of the ways play is restarted. It is awarded to a team in the offensive position when the ball has left the field of play by crossing the goal line (without a goal being scored) AND the ball was last touched by a member of the defending team. The corner kick is taken from the corner closest to where the ball crossed the line to go out. Though corner kicks can be taken by any member of the team, sometimes, they are taken by a midfielder, who tries to kick the ball into the goal box for the members of her team, usually forwards or strikers, to score. On rare occasions, a player taking a corner kick towards the goal hits just the right spot for her teammate to head the ball into the goal, or even more amazing…to just kick it in for a goal! 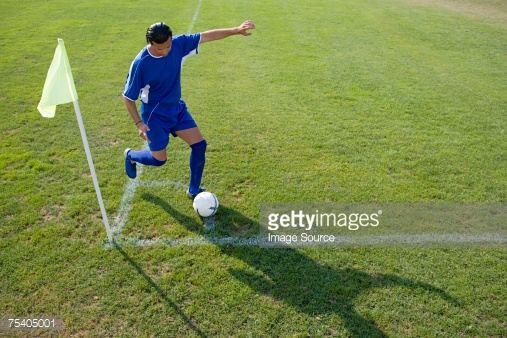