After a touchdown, the offense has the option to either attempt a kick for one extra point or to attempt to scrimmage the ball into the end zone for two points. The one-point conversion and two-point conversion are called a try.

A one-point try is when the offense sets up 15 yards from the defensive goal line for a try kick. If they are successful in completing this try kick or extra point, they are awarded one point, which would bring their total score for their offensive drive to seven. Six points come from the touchdown and one point from the try kick.

During the two-point conversion, the offense sets up on the 2-yard line. A two-point conversion or two-point try is the same as any other scrimmage attempt except for the amount of points received. The offense attempts to score as if they were going for another touchdown by pass or run. If they are successful, they would receive a total of eight points for this offensive drive–six points from the touchdown and two points from the try. If the defense recovers the ball through a fumble or interception, they too would only receive two points if they advance the fumble or interception all the way across the opponent’s goal line. The try ends when either team scores, the ball is dead, or when the ball is fumbled and then recovered by a teammate of the player that fumbled the ball. 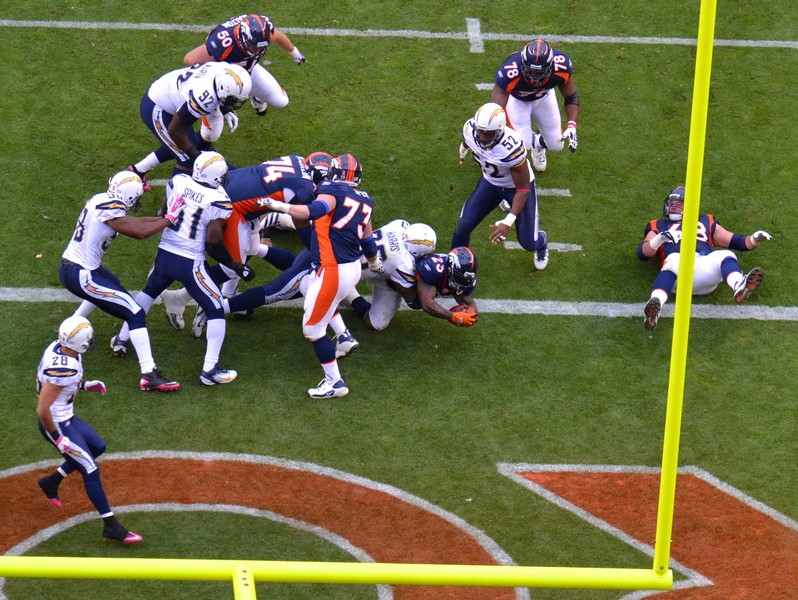