A play from scrimmage is the actual gameplay or activity of the game, where one team tries to advance, get a first down, and score while the opposing team tries to stop them and take the ball away. Once the play is over and before the next play starts, the ball is considered dead. In the NFL, a game usually consists of about 120-150 plays.

When the offense reaches the 4th down they have the option to punt the ball down the field, to attempt a field goal, or to attempt another play from the line of scrimmage in an attempt to pick up a 1st down. The safer options would be to attempt a field goal or to punt the ball if not in field goal range so the opposing team would have a great distance to travel before getting close to the end zone. The riskier option would be to go for it and attempt a play from scrimmage for a 1st down. The offense would have to decide if the benefit of a 1st down would outweigh the risk of a turnover on downs, which means the failure to make a new 1st down on the final (4th) down, and losing possession of the ball at the present location on the field.

If the offense is close to their own end zone, they would almost never attempt a play from scrimmage. If they are closer to the opposing team’s end zone, the risk may be worth it because they have the chance to gain four more downs or even to score a touchdown. Also, even if they fail to gain the necessary yardage and turn the ball over on downs,the opposing team would have to travel a significant distance to make a score of their own. In most cases, a team will take the risk of scrimmaging on 4th down if they are close to the 1st down marker (usually a yard or less) and they are deep in the opposing team’s territory. They may also take the risk at other spots on the field if it’s late in a close game and they need a touchdown to tie or win. 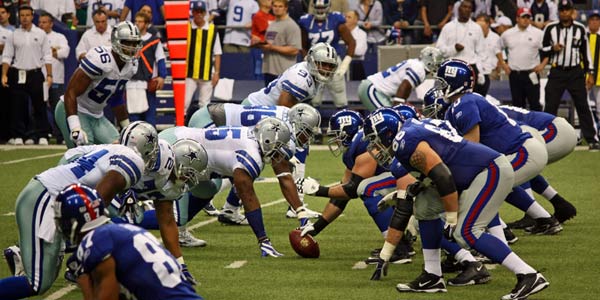