Trending
You are at:Home»Soccer»Fun Facts»Top Women’s Soccer Players of All Time- Carli Lloyd

Carli Lloyd is a member of the United States Women’s National Team, Manchester City in the FA Women’s Super League, and also plays for the Houston Dash in the National Women’s Soccer League. She has played professionally since 1999 on many different teams and has been a member of the USWNT since 2005. In 2008, she was named the U.S. Soccer Athlete of the Year. She scored the gold medal-winning goals in the 2008 and 2012 Summer Olympics. In 2015, Lloyd became the first person ever to score three goals (a hat trick) in a FIFA Women’s World Cup final, leading her team to victory. She won the Golden Ball Trophy as the best player of the tournament and earned the Silver Boot for her six goals and one assist. She is a two-time Olympic Gold Medalist, FIFA Women’s World Cup champion, and won the FIFA World Player of the Year in 2015 and 2016. In 2017, she was inducted into the New Jersey Hall of Fame. 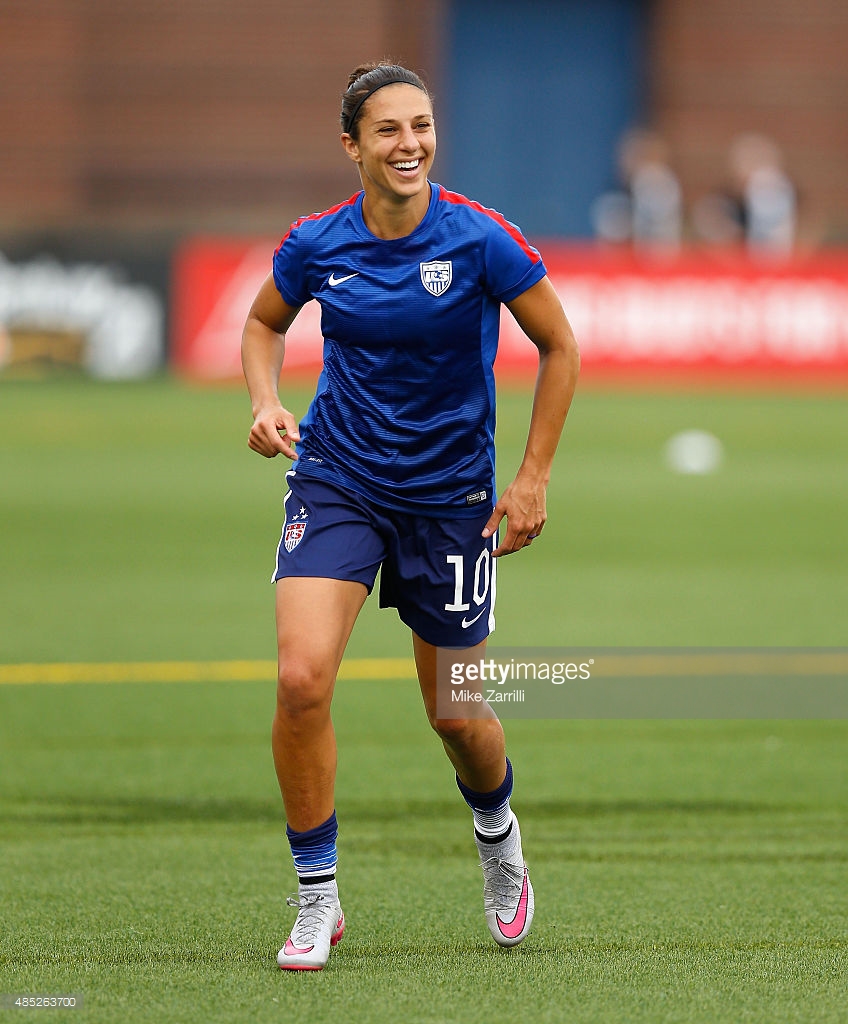