The New England Patriots are part of the American Football Conference East division, representing the greater Boston area. The team was established in 1960 and took on the name the Boston Patriots. After the 1970 National Football League and American Football League merger, in 1971 they moved to Foxborough from Boston and changed their name from the Boston Patriots to the Bay State Patriots. The owner at the time, Billy Sullivan, no longer wanted Boston in their name because the city of Boston wouldn’t allow him to build a stadium in the downtown area, so he changed it out of spite. This name was short lived because the abbreviation, B.S. Patriots, did not provide the image they were hoping for. They appropriately changed their name to the New England Patriots. From 1971 to 2001, the team’s home was Foxboro Stadium, but in 2002 they moved to their current home, Gillette Stadium. This is where the team is headquartered and where they play their home games. Their nickname is the Pats. The Patriots are quite successful, having made eight Super Bowl appearances and having won four of them in 2001, 2003, 2004, and 2014. Though they have only won four Super Bowls, they have numerous conference and division championships. They have won eight conference championships and have won eighteen division championships. They’ve made 23 playoff appearances. Since the arrival of their coach Bill Belichick, in 2000, the Patriots have become one of the most successful teams in NFL history. All of the Super Bowl championships have come under his rule. They are tied with the Pittsburgh Steelers and Dallas Cowboys as having the most Super Bowl appearances overall at eight and have the most appearances in the last 25 years at seven. In 1994, current owner Robert Kraft purchased the Patriots for 175 million dollars. Since his acquisition, the team has been extremely successful. Every home game has been sold out since, and now the team is estimated as being worth 1.36 billion dollars. The team is the third most valuable in the NFL, just behind the Dallas Cowboys and Washington Redskins. It is also estimated as being the seventh most valuable sports franchise in the world. 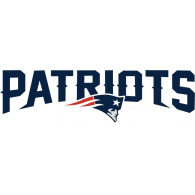