After the Wild Card Playoff Round, there are three more rounds of single-elimination games. The winners of the wild card games go on to face the #1 and #2 seeds of the division in each conference in the second round of the playoffs called the Divisional Round. The #1 divisional leaders face the worst seeded teams to have won in the wild card games (seed 4, 5, or 6), and the other winners (seed 3, 4, or 5) will face the #2 seeded teams. The winners of the divisional round head to the Conference Championships, or the AFC Championship and the NFC Championship. Only twice since 1990 has neither a #1 seed or a #2 seed hosted a Conference Championship. The survivors of the Conference Championships go on to face each other in the final game, the Super Bowl. In 1970, the NFL and AFL merged becoming just the NFL. After the merger, each league was to be represented by conferences, becoming the AFC and NFC. The Pittsburgh Steelers have made it to 15 AFC Championships, with the New England Patriots making it to 12, and Los Angeles/Oakland Raiders making 11 and the Denver Broncos playing 10. The winner of the AFC Title also receives the Lamar Hunt Trophy. Lamar Hunt was the founder of the AFL or the American Football League. The Steelers and Patriots are tied with eight AFC victories. The San Francisco 49ers lead in NFC Championship appearances with 15, and the Dallas Cowboys trail with 14. Even though the 49ers lead in appearances, they also lead with the most losses at 9. Strangely, the Cowboys have had the most victories with 8. The winner of the NFC Title also receives the George Halas Trophy, who was the long-time owner and coach of the Chicago Bears. The Super Bowl is played to determine the ultimate league champion between the two conferences. The NFC leads the league with 26 victories to the AFC’s 23. Again, surprisingly, the Pittsburgh Steelers have the most Super Bowl victories with six. 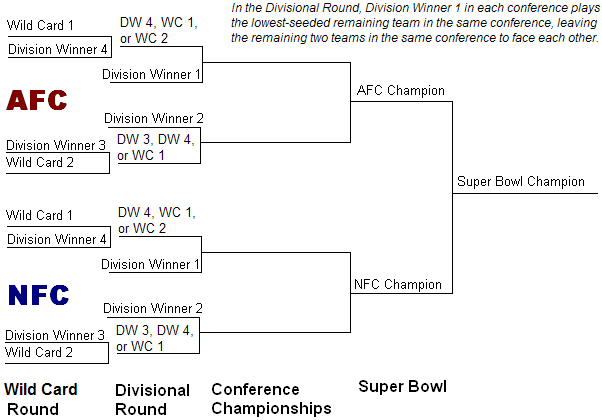