Teams in the NFL retire numbers of players they believe deserve to be significantly honored.  These players have either extraordinary talent, have made significant contributions to the team’s success, or who have had an untimely death during their career.  Once the number is retired for a team, no other player can wear that number on that team unless the player whose number was retired allows it.  The NFL has never retired a number league wide, like in baseball for Jackie Robinson and in hockey for Wayne Gretzky.

There are a total of 139 players that have had the honor of their numbers being retired.  The Chicago Bears have retired the most numbers at 14.  Only two players, Reggie White and Sam Mills, have had their numbers retired by two different teams.  Some teams reserve the right to not retire numbers, three being the Dallas Cowboys, the Oakland Raiders and the Atlanta Falcons.  Three other teams only do so in very rare circumstances, those being the Buffalo Bills, Washington Redskins, and the Pittsburgh Steelers.  The Baltimore Ravens, the Houston Texans, and the Jacksonville Jaguars have yet to retire a number for a player, but these teams are still young. 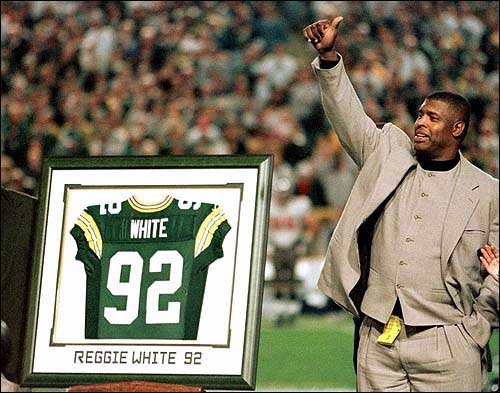